The Nike Magista camouflage design covered the protective layer of NikeSkin on the top of the flyknit upper of the Nike Magista Obra boots as well as parts of the sole plate. 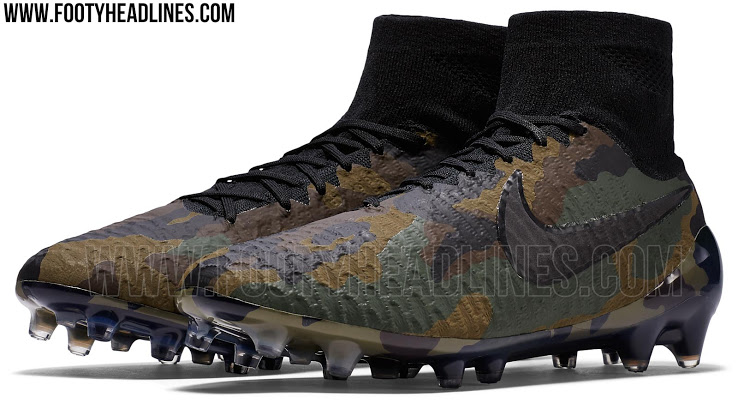