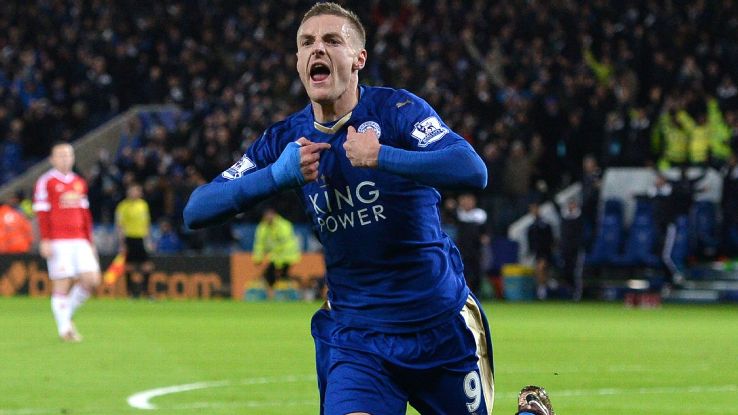 Vardy born in Sheffield, South Yorkshire. Vardy started his career with the Stocksbridge Park Steels youth system at 16 years old after being released by Sheffield Wednesday. In 2007, he made his debut under manager Gary Marrow, earning £30 a week at the club, In June 2010, FC Halifax Town manager Neil Aspin signed Vardy for club for a fee of £15,000. Vardy had a successful first season with Saymen finishing as the club’s top goal scorer with 26 goals. Towards the end of the season, his goals helped secure the Northern Premier League Premier Division 2010-11 season. In 2011, he was singed for Conference Premier side Fleetwood Town. Vardy’s 31 league goals finished him as the top scorer in the Conference Premier and Fleetwood the Conference title and a first ever promotion to the Football League.

On May 2012. Jamie signed for Leicester City for non-league record transfer fee of £1 million in the Football League championship. After winning the Championship in 2014, he represented the club in the Premier Leauge 2015–16 season. By January 2016, Vardy’s transfer value had risen from £2.1 million to £18.8 million. Leicester City manager Claudio Ranieri descrbing him as priceless. On February 2016, he signed a new contract to keep himself at Leicester until 2019 with increasing his weekly salary to £80,000.

Vardy started 2015–16 season by scoring the opening goal as Leicester picked up 4–2 victory at home against Sunderland. In the very first season of his Premier League 2015–16 career, he scored in a record eleven consecutive Premier League matches, breaking Ruud van Nistelrooys’s record. This impressive performance called him up to the England national football team nad he made his international debut against Republic of Ireland England in 2015. On 10th April 2016, Vardy scored his 21st goal of the season against Sunderland with becoming the first Leicester player since Gary Linkar (1984–85) to score 20 goals in the top division league of England football.