5 Best Teams of Euro 2016 before quarterfinals

Nike has used the iconic white color in the England jersey with introduces the new light blue design. The Nike swoosh and lions inside the FA crest are royal blue while in the sleeves, ice blue trim is present in the form of a stripes. Royal blue lines run down the sides, sleeves and as well as on the rear of the collar in the new England kit. Nike followed the PSG Dark Light kit pattern on the England 2016 home shirt features an elaborate mesh panel on the front. The unusual combination of White shorts and red rocks completed the England 2016 Euro home kit. 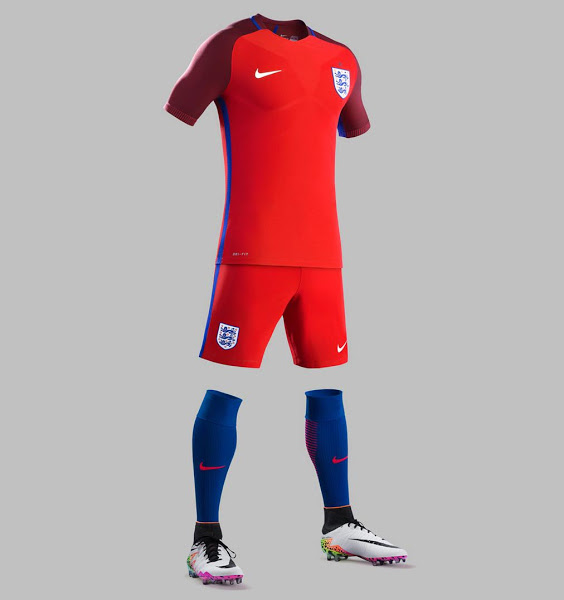 The Nike used the advance technology on the upper back, sleeves and v‑collar of the England Euro 2016 away kit which featured a dark red stripes panel. As like in the England home 2016 kit, the away kit also features an elaborate mesh panel on the front. Red shorts with a blue line on each side and blue socks completed the Nike Euro 2016 away kit.

On the night of May 18–19, German Eintracht and Scottish Rangers played in the final …