Xavi agreed to head Barcelona instead of Koeman

The draw for the Champions League group stage took place

The Copa del Rey final this season promises to deliver quality entertainment especially since two of the most proved teams in Europe are heading down to the Vicente Calderon on the 23rd. The Spanish Cup so far has been of no talking point due to the fact that most of the matches were one-sided and the big teams always delivered. The final though, seems to be of no such manner. Both teams will be coming to play against each other with great momentum in hand. FC Barcelona bagged La Liga title a week ago although the Catalans had to fight it out as the Madrids’ pouncing on to the thumping defeats they faced. Sevilla will however be coming on confident after winning the Europa League in tremendous fashion.

Luis Enrique’s men certainly stepped up their game in recent games following a series of defeats that even cost them the Champions League. Although that led to some criticism, the Catalans will surely be ready for their encounter with the UEL winners. Having a week to prepare and with almost no injury troubles, their chances of taking another title home seems nothing less than possible.

With Luis Suarez in superb game changing form, and with the backing of their successful history in this competition, Europe’s third best according to UEFA will be hoping for a 28th title in the competition since it’s entry in it; five more than anybody else. Luis Enrique’s side has scored 24 times without giving away any in just their last 5 games and will be looking to continue their run into the final. Luis Suarez who has scored 59 times in 52 outings and will surely be the man to watch out for. Confidence is key for the upcoming fixture and Barca’ seem to be full of it.

Sevilla haven’t lived up to their promise in the La Liga managing only a 7th position and would go into Monday’s fixture only as second best. Yet, it is completely unreasonable to write of Unai Emery’s side as they have been absolutely rocking it in the cup competitions so far.

All their victories in both Europe and in the Copa del Rey have been by fair margins and they will surely be taking confidence from that. Their excellent performance in the 2nd Half against a Liverpool side who were phenomenal in the first of the Europa League finals could the tale to come during their clash with the Catalan giants.

Unai Emery’s words in the dressing room(whatever it was) during half time in the finals surely weaved wonders as Sevilla tore apart a very fluid Liverpool side coming from behind to win 3–1. Their inspiring skipper Koke and goal threat Gameiro will be the main men coming in from Sevilla.

While some injury problems trouble Emery, he wouldn’t look to make many changes to the side that played Liverpool. Sevilla, meanwhile, will be without the services of suspended midfielder Steven N’Zonzi. Michael Krohn-Dehli will also miss out with a fractured kneecap and Benoit Tremoulinas with knee ligament damage. Adil Rami might join the team despite the knock in the match against Liverpool. 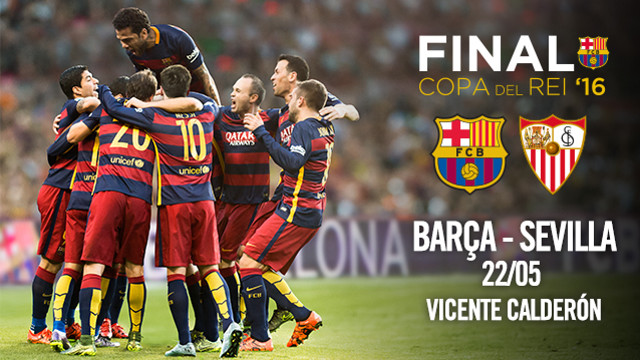 Sevilla and Barcelona already faced each other three times this season all of which were worthwhile matches. Sevilla topped Barcelona 2–1 at home and Barca returned the favor in Camp Nou with the same score line. They also met in the opening day of the season in the UEFA Super Cup as both teams were last year’s continental champions in the UCL and UEL.

The match played out to be an overwhelming 4–4 draw in normal time only for Pedro to score in the 30 minutes of extra to hand Barcelona the Cup. If these fixtures are anything to go by, we can be looking for an absolute cracker. So don’t miss out on the action!!