Watch out Atletico Madrid Vs Barcelona 2–0 Higlights Goals Video. Atletico Madrid shocked the visitors Barcelona in the crucial game and put out the strongest contender from the Champions League. For the second time in three seasons, Antoine Griezmann’s double sealed a 2–0 win over Barcelona to progress in semifinal on 3–2 aggregate. Check out here below Atletico Madrid vs Barcelona match highlights video. 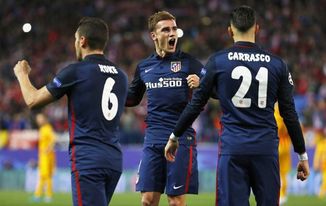 Griezmann first half header in the 36th minute levelled the tie on aggregate. Saul Nigues, on the right-hand corner of the Barca box, flicks a fantastic cross towards Griezmann and he powers an unstoppable header into the top right to give the keeper no chance.

In the 88 minute, Atletico got the peanlity after Iniesta dives on the penalty spot to stop the pass reaching the man with his hand. Grizemann took the penalty and threads the ball into the bottom right. Ter Stegen gets a hand on the ball but it was not enough to stop the goal. 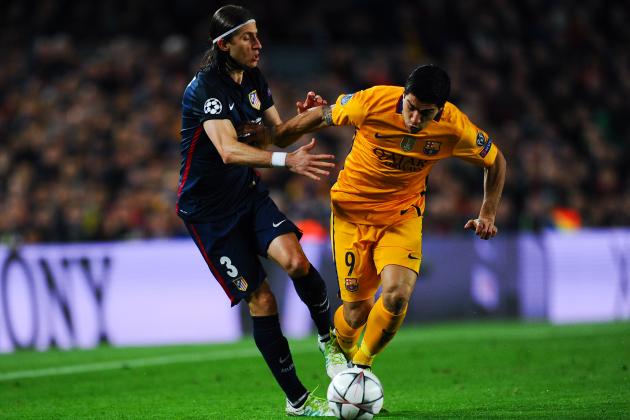 This is Barca’s third defeat in last four games after a 39-match unbeaten run stretching back six months and seeming become the first side to retain the competition in the Champions League era come to an end.

“It wasn’t our best day, we weren’t lucid and we struggled to create chances,” Barcelona coach Luis Enrique said.

Atletico Manager Diego Simeone said “This group displays values that are less and less common in society. We can win or lose, but we believe in these values that are important in life and once again we have won a tremendously difficult game.”