Adidas unveiled the all new Adidas X 15.1 FG / AG white blue football boots. These are the last ever regular colorway soccer cleats of Adidas X 2015–16 family which means the German sports kit supplier will not release next boots of this series. Football players Gareth Bale and Luis Suarez are expected to wear these new Adidas football boots. So let’s take a close look on the fresh launch of Adidas.

The new semi solar slime / shock blue football boots are mainly designed in white in addition with yellow, blue and black applications. Upper front panel is plain while its back is featured with Adidas trademark logo.

The color gradient design includes the well known splatter graphic pattern. Yellow laces are featured on white tongue. A green colored Adidas logo is provided at the center of tongue with “X” symbol. 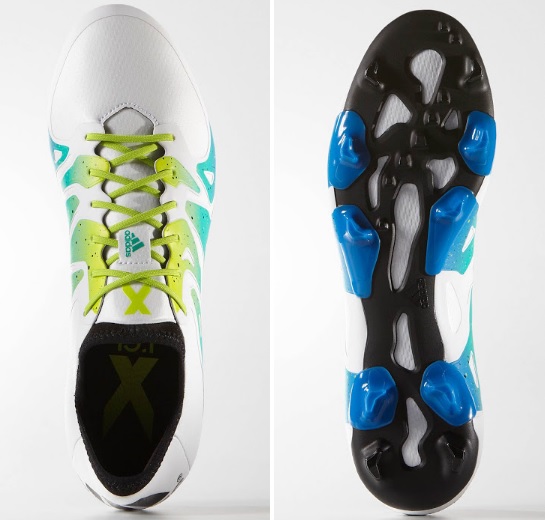 These new soccer cleats offers the same features as all previous editions of the Adidas X 15.1 boots. Designed with ultra thin synthetic upper for a close ball touch and a high ankle collar concept for a sock like fit for better ball control.

Sole plate of Adidas X 15.1 FG boots is connected with upper portion. Main sole plate is black in appearance which consists of four studs, while the upper blue sole plate has six studs. 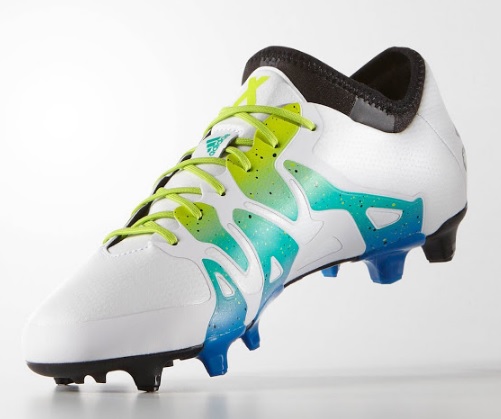 How much you like these new Adidas X 15.1 FG football shoes? Leave your review in the comment box below.