The match will start at 7.00 pm and 12.30 am on 20th April & 21st April 2016 according to GMT & Indian Standard Time respectively. Indians fans can watch it live on TV Telecast channel Star Sports. Given below is the list of TV telecast & broadcast channels in other nations. 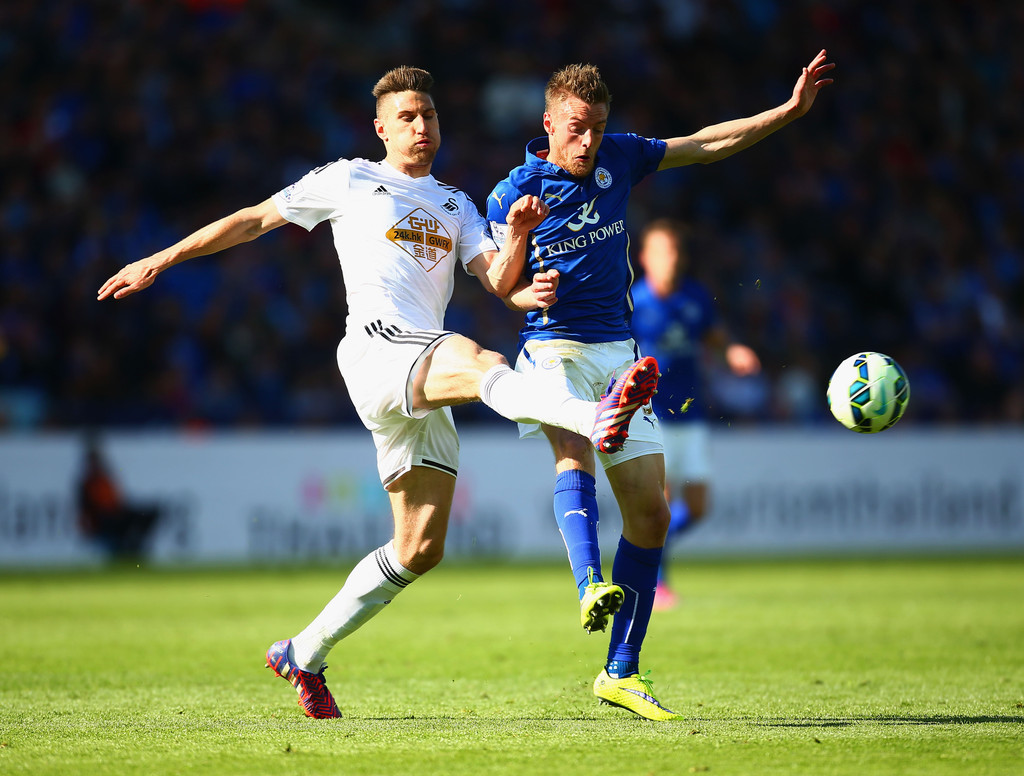 It has been a remarkable season and achievements for Leicester City. After Man City draw with Newcastle confirms the qualification of Leicester in the group stage of Champions League 2016–17 season.

Leicester City are just 4 matches away from their first ever Premier League title but they are also followed by Tottenham who are just five points behind from the Leicester City.

But the upcoming path has become slightly tough for the Leicester City as their star striker Jamie Vardy miss out the two of last four crucial matches. It will be interesting to see how they will play without their striker.

Leicester City are on the top with 73 points in 34 games followed by Tottenham who are now only the team is in the race of Premier League 2015–16 title.

In the last meetings between Leicester and Swansea, Leicester defeated the Swans by 3–0 at their home. Will once again Leicester beat Swansea city in the crucial game?

Liverpool is going to sign Thiago Alcantara from Bayern Munich. According to The Athletic, the …