As expected, the all new home kit of Chelsea football club will be featured mainly with dark blue. In addition with this, some white and red applications have been also used to add extra marks on it. For the first time, the blues used this kind of jersey during season of 2010-11.

The sleeves of home jersey for 2015–16 are provided with red and white applications. Logos of club and kit supplier are available on same spots. There is one change on center which is the name of sponsor company. Earlier sponsor Samsung has been replaced by Turkish Airlines which is written in white appearance. 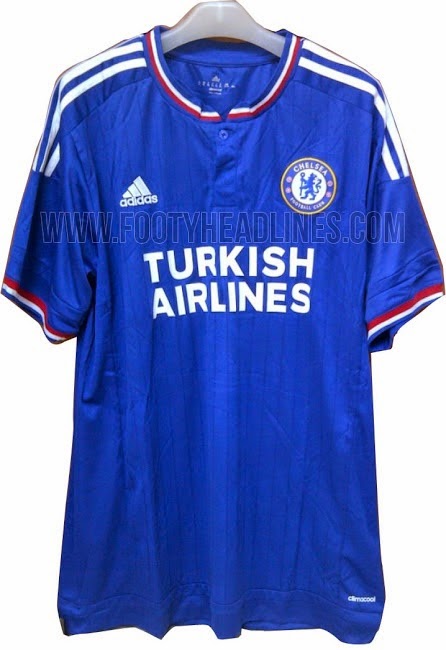 Collars are in simple look with same linings of red blue and white. The three iconic stripes of Adidas are also there from neck to the center of sleeves. At the back of jersey, there will be name and jersey number of Chelsea player.

In short, the home kit of Chelsea for 2015–16 season is in classical design with slightly darker blue pinstripes on the front of it. These thin stripes are looking quite impressive on this jersey. 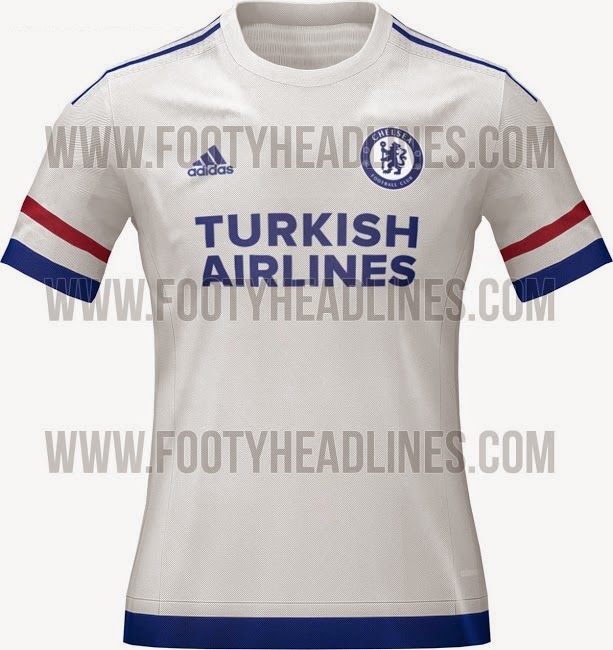 The most remarkable elements of the new Adidas Chelsea away kits are the sleeves. At the end of away jersey, a wide home colored single stripe is provided and that is looking just great. 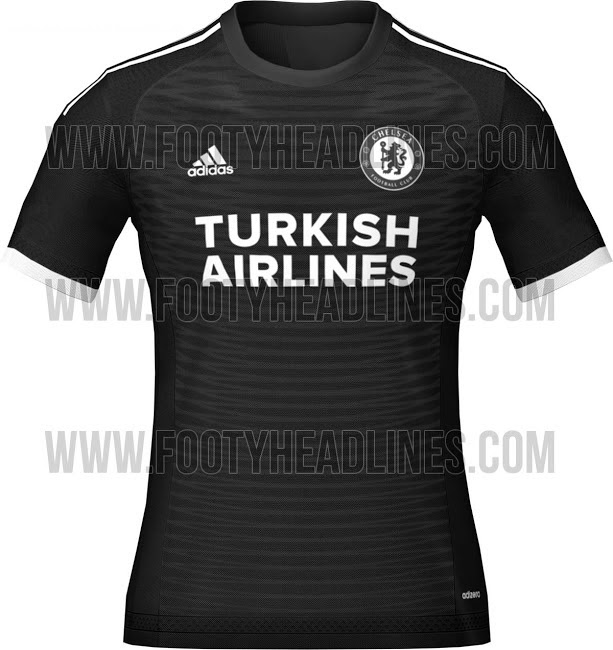 After looking home and away jersey, let’s have a look on the third kit of Chelsea which is designed for season 2015–16. This t‑shirt is made with the combination of black and white color combinations.

Blue color is replaced with white. The new black Chelsea 2015–16 third kit is black with contrasting white logs. On the front of the new third soccer jersey is a special all over print creating a unique kit design.

These new kits will be presented in Summer 2015 just before kick off Barclays Premier League.

The international break usually complicates matters for clubs when trying to sign a player. However, …